Uruguay ratified the WHO Framework Convention on Tobacco Control (FCTC) on September 9, 2004. In 2006, researchers from Universid ad de República and Centro de Investigación para la Epidemia del Tabaquismo (CIET) in collaboration with the ITC Project established the ITC Uruguay (UY) Survey. Five survey waves have been conducted among a cohort of adult smokers aged 18 and older in Montevideo in the first wave and four other cities (Salto, Maldonado, Durazno, and Rivera) were added in subsequent waves. 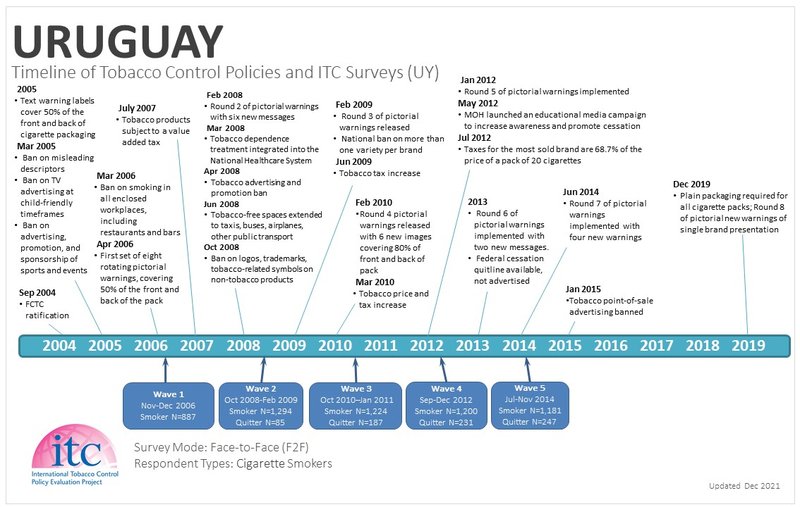