Spain ratified the WHO Framework Convention for Tobacco Control (FCTC) on January 11, 2005.

Spain is one of six countries (the others are Germany, Greece, Hungary, Poland, and Romania) that make up the ITC 6 European (6E) Country Project; a component of the larger EUREST PLUS Project. Two survey waves of ITC 6E Survey have been conducted among a cohort of adult smokers aged 18 and older. In 2019, the same research team in Spain, Institut Català d’Oncologia in collaboration with the ITC Project is continuing with a follow up survey wave of ITC Spain (ES) Survey. 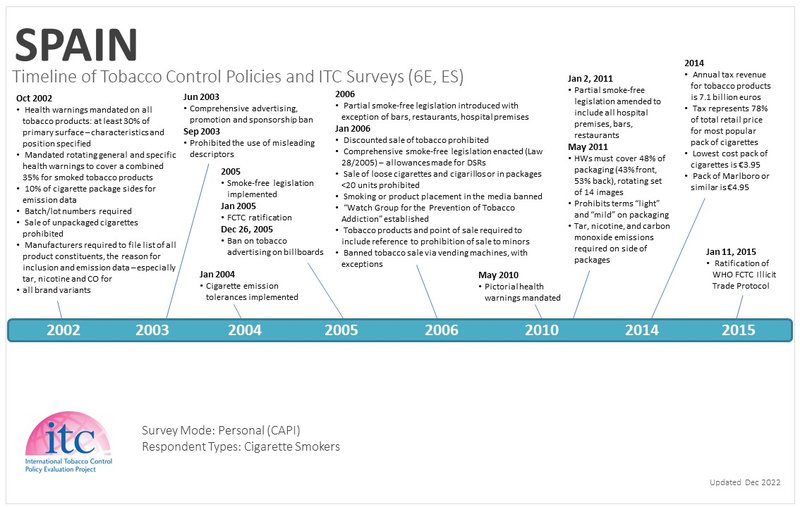 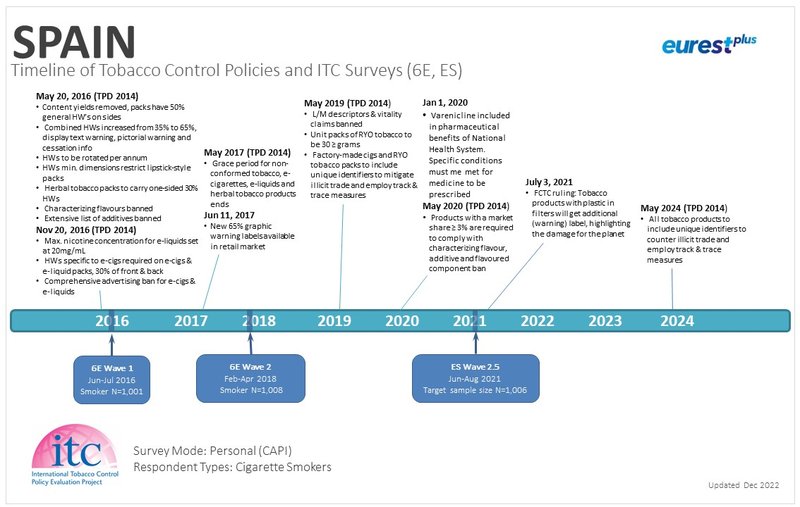