In 2002, ITC launched surveys in Australia, Canada, the United Kingdom, and the United States, referred to as the Four Country (4C) Wave 1 Survey. Canada was chosen as part of the original four ITC countries because it is a world leader in tobacco control policies, having been the first country to introduce graphic warning labels on cigarette packages in 2000. The Framework Convention on Tobacco Control (FCTC) was signed on July 15, 2003, and later ratified on November 26, 2004.

In 2016, the ITC Project received funding to evaluate policies that regulate vaporized nicotine products (VNPs), including electronic cigarettes (e-cigarettes), at the population level by examining use and the evolution of the VNP marketplace in Australia, Canada, the United States, and England, referred to as the ITC Four Country Smoking and Vaping Survey (4CV). More information about the tobacco and e-cigarette study is available at: ITC report

In 2018, the ITC Project officially launched the ITC Japan-Canada Heated Tobacco Products (JCH) Project. Fieldwork consisted of both a survey and a urine collection component in the two countries. The purpose of the study is to examine consumer use and toxicant exposures from new heated tobacco products (HTPs) that have recently been introduced into the marketplace in the Japan, Canada, as well as a number of other countries. Specifically, the study examined iQOS in Canada and Japan, and Ploom Tech and glo in Japan only, and compared these products against combustible cigarettes and vaping devices. 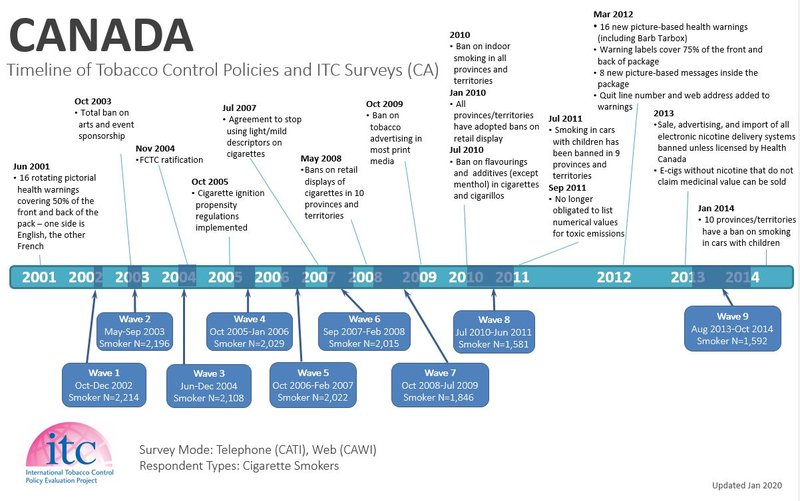 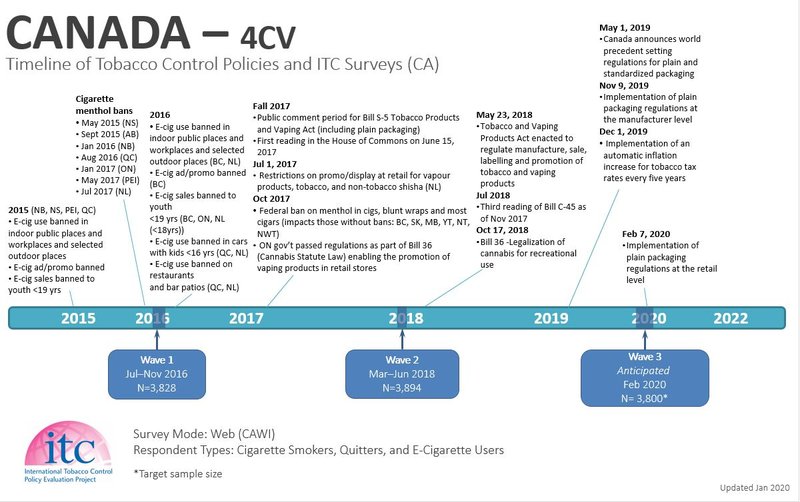