The United Arab Emirates ratified the WHO Framework Convention on Tobacco Control (FCTC) on November 7, 2005. In 2016, the ITC Project collaborated with researchers from New York University and New York University Abu Dhabi to create a 2-component tobacco module for their on-going Abu Dhabi Cohort Study (ADCS). Emirati adult tobacco users and non-users aged 18 and older who participated in the ADHS were invited to participate in the tobacco module survey. 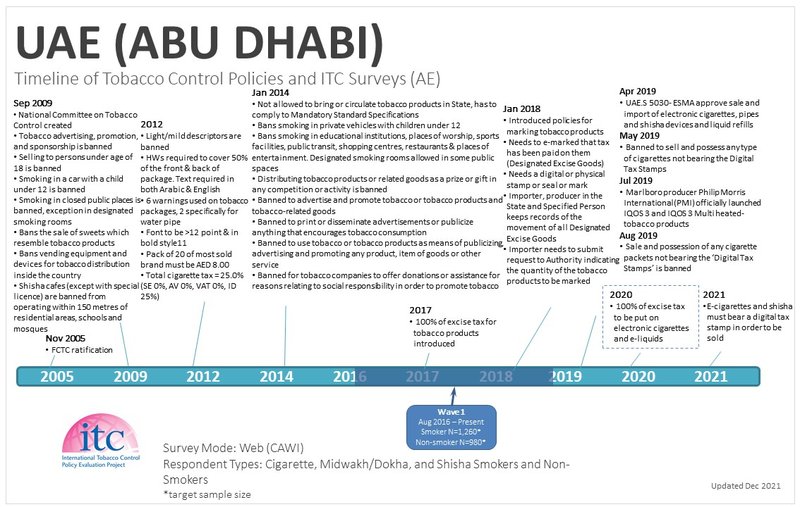