Australia ratified the Framework Convention on Tobacco Control (FCTC) on October 27, 2004. In 2002, ITC launched surveys in Australia, Canada, the United Kingdom, and the United States, referred to as the Four Country (4C) Wave 1 Survey. Australia was one of the ITC Project's original four ITC countries because it is a world-leader in tobacco control policies, for instance, it was the first country to implement plain packaging laws mandating that cigarettes be sold in olive-green packages with a standard font, no industry logos, and prominent health warnings.

In 2016, the ITC Project received funding to evaluate policies that regulate vaporized nicotine products (VNPs), including electronic cigarettes (e-cigarettes), at the population level by examining use and the evolution of the VNP marketplace in Australia, Canada, the United States, and England, referred to as the ITC Four Country Smoking and Vaping Survey (4CV). More information about the tobacco and e-cigarette study is available at: ITC report. 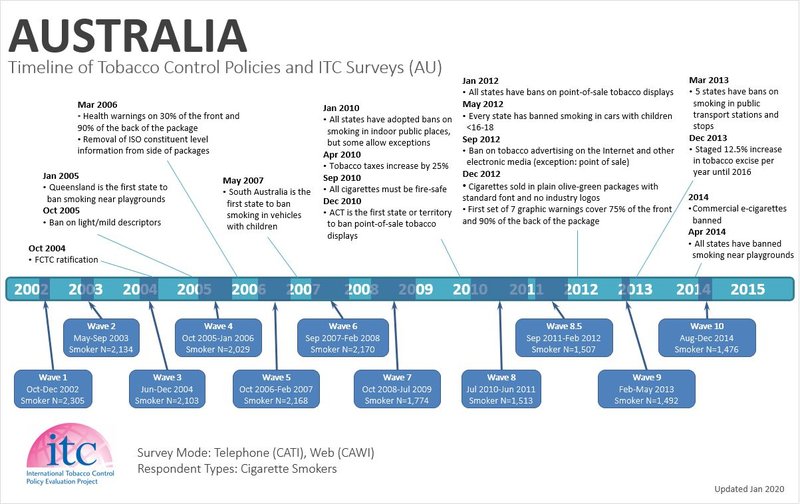 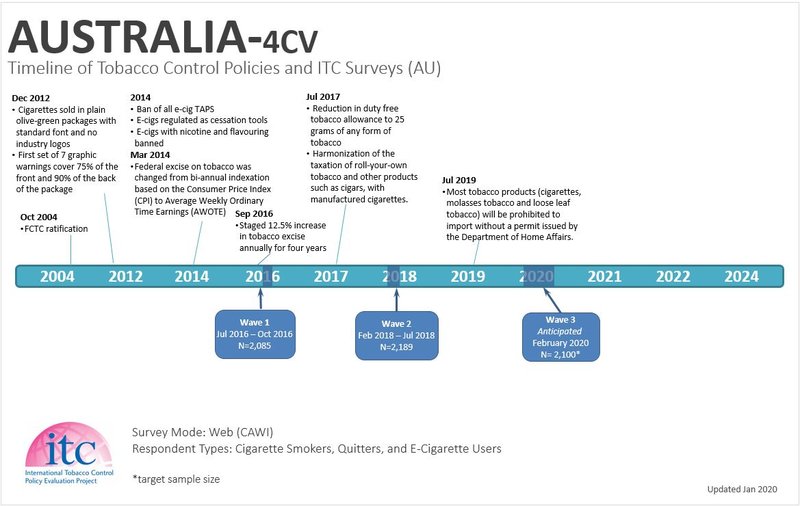