The Smokefree Aotearoa 2025 Action Plan was launched on Thursday December 9th, 2021. The desired outcomes of the plan are to eliminate inequities in smoking rates and smoking-related illness, to create a smokefree generation, and to increase the number of people who successfully quit smoking. To achieve these outcomes, the plan focuses on the following six areas: ensuring Māori leadership and leadership at all levels, increasing health promotion and community mobilization, increasing evidence-based stop smoking services, reducing the addictiveness and appeal of smoked tobacco products, reducing the availability of smoked tobacco products, and ensuring manufacturers, importers, and retailers meet their legal obligations. The ITC New Zealand Project is in the perfect position to be able to evaluate these policies as they are implemented. 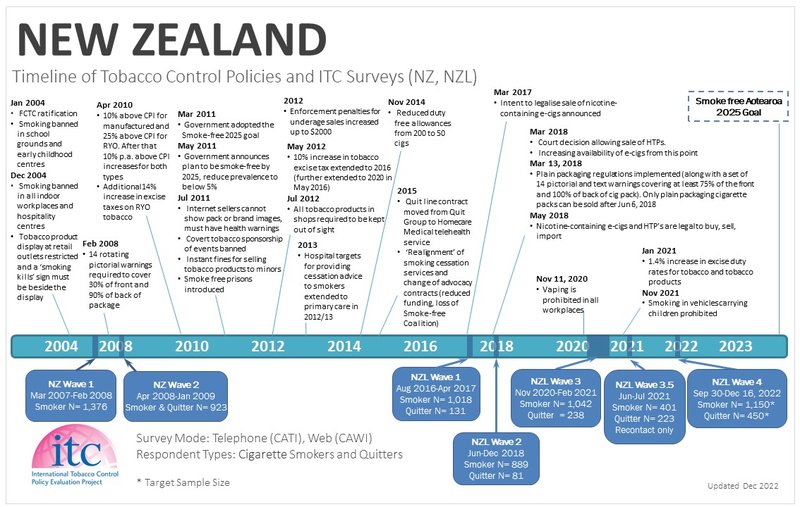