India ratified the WHO Framework Convention on Tobacco Control (FCTC) on February 5, 2004. In 2007, the ITC Project partnered with Healis Sekhsaria Institute for Public Health to establish a project called Tobacco Control Policy (TCP) India (IN) Survey. The TCP IN Survey began with a pilot survey in the state of Maharashtra. The TCP IN Survey has conducted three waves of adult tobacco users and non-users aged 15 and older in four states—Bihar, Madhya Pradesh, Maharashtra, and West Bengal. 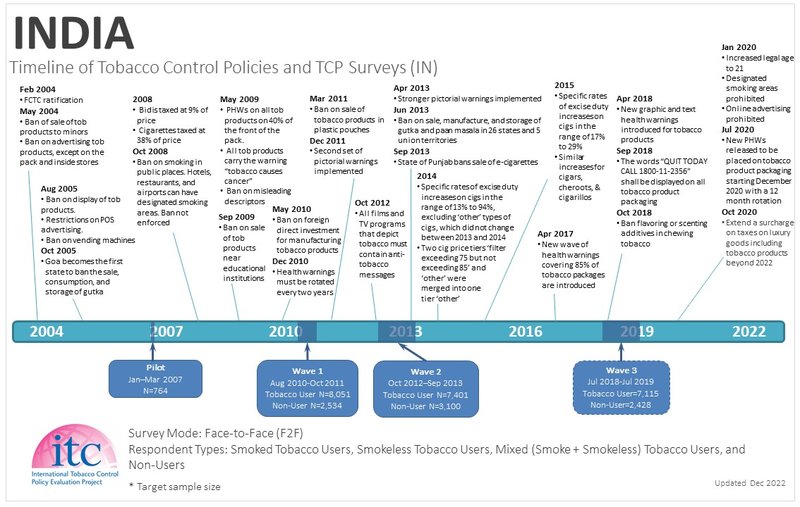