The main objective of EUREST-PLUS is to monitor and evaluate the impact of the Tobacco Products Directive (TPD) within the context of the World Health Organization (WHO) Framework Convention on Tobacco Control (FCTC) ratification at a European level. For complete information about this project, please go to http://ensp.network/eurest-plus/.

2) perform cross-country analyses: (a) across the 6 participating countries; (b) incorporating the other 3 ITC countries within the EU (France, The Netherlands, and The United Kingdom); and (c) across the broader set of 16 other countries of the ITC Project outside the EU;

3) monitor progress in FCTC implementation through secondary analyses of Eurobarometer surveys; and

4) evaluate changes in product design and its linkages with population use indexes. Thus our main objective is addressed through five integrated research-oriented work packages in EUREST-PLUS. 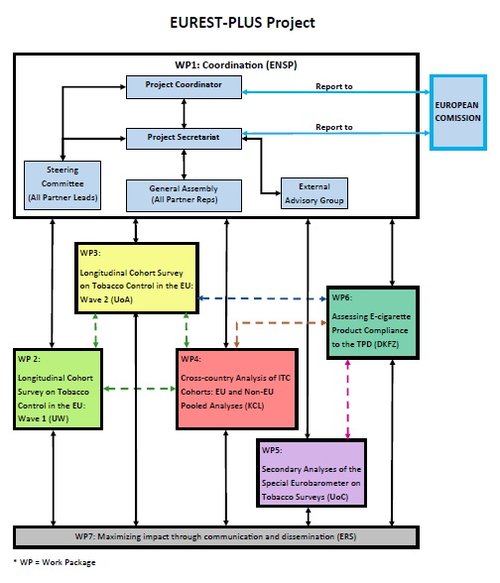 Our 4 specific objectives hence are as follows:

​The activities of the five research-oriented work packages in fulfilling these objectives will be facilitated by an administrative work package (WP1), and by a specific work package dedicated to planning and implementing targeted dissemination activities to maximize the impact of research findings of the EUREST-PLUS Project (WP7). New knowledge produced will be disseminated through multiple avenues targeted at the general public, the media, researchers, patient networks and policy makers.

This project has received funding from the European Union’s Horizon 2020 research and innovation programme (grant agreement No 681109) and the University of Waterloo. 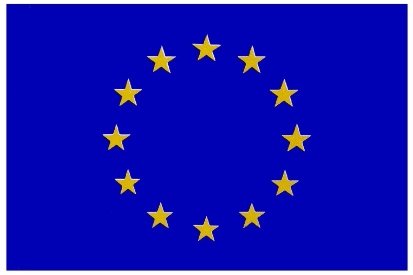