The purpose of the ITC Project in Mexico is to monitor the reactions and support for tobacco control policies in a middle-income North American country. Seven survey waves have been conducted among a cohort of approximately 1,000-2,000 adults smokers. Mexico signed the FCTC on August 12, 2003, and ratified the treaty on May 28, 2004.

Starting in November 2018, the ITC VMX Project will survey current cigarette and e-cigarette users recruited from online consumer panels. Surveys will take place every four months over the course of two years. Approximately 1,000 smokers and 500 e-cigarette users (mostly dual users) will participate in each wave, and those lost to follow up will be replenished so that 1,500 participants are surveyed at each wave. 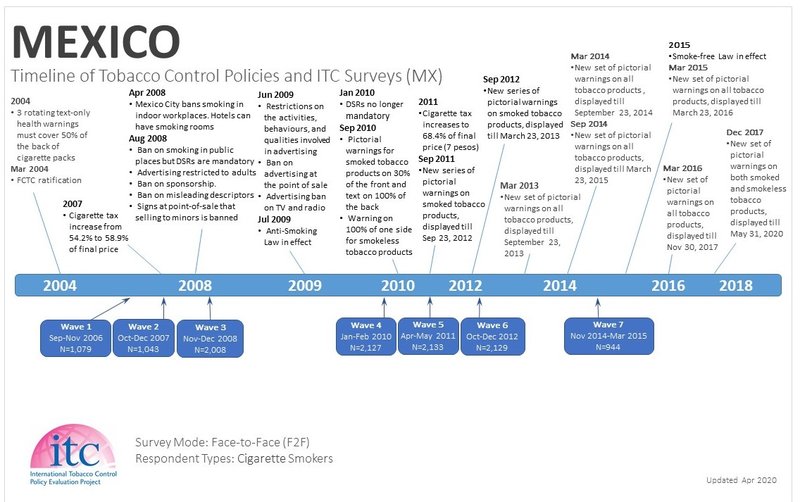