Japan ratified the Framework Convention on Tobacco Control (FCTC) on June 8, 2004. Despite having a comprehensive chronic disease prevention strategy, Japan has weak tobacco control policies in the area of smoke-free places, health warnings, mass media campaigns, and adversiting, while it has relatively stronger tobacco control policies on taxation and cessation programs. Japan's situation with respect to smoke-free laws is particularly unique; Japan may be the only country in which smokers are allowed to smoke indoors, but not outdoors. This research aims to examine the effects of Japan's unique tobacco control policies on tobacco-use behaviours and perceptions, and will also examine Japan's upcoming national smoke-free law promised for the 2020 Olympic Games in Tokyo.

In 2018, the ITC Project officially launched the ITC Japan-Canada Heated Tobacco Products (JCH) Project. Fieldwork consisted of both a survey and a urine collection component in the two countries. The purpose of the study is to examine consumer use and toxicant exposures from new heated tobacco products (HTPs) that have recently been introduced into the marketplace in the Japan, Canada, as well as a number of other countries. Specifically, the study examined iQOS in Canada and Japan, and Ploom Tech and glo in Japan only, and compared these products against combustible cigarettes and vaping devices. 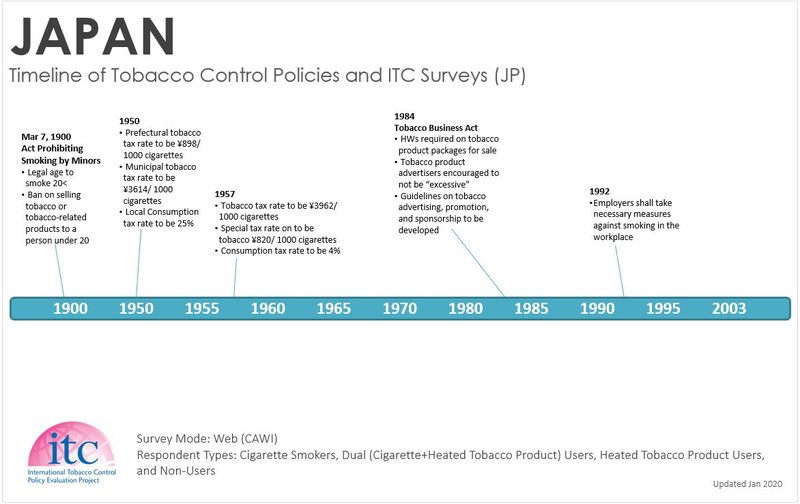 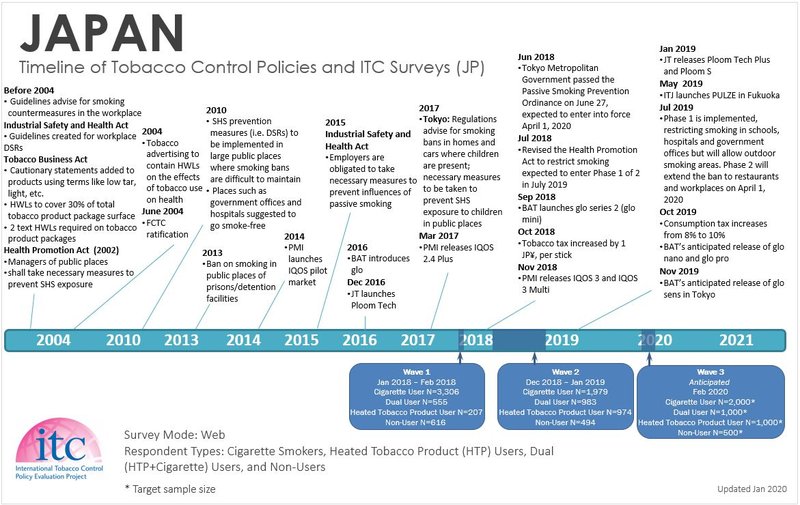