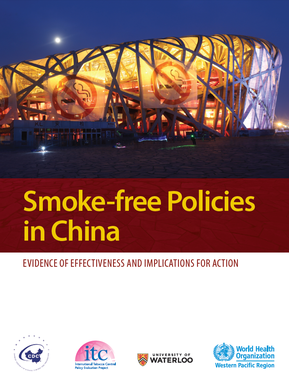 Smoke-free Policies in China: Evidence of Effectiveness and Implications for Action | Oct 2015 | English

This report summarizes global best practices and lessons learnt from other countries in the design and implementation of smoke-free policies.