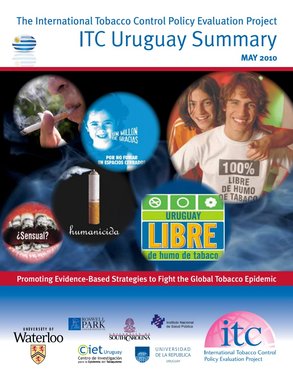 This summary presents key findings from Waves 1 and 2 of the ITC Uruguay Survey. Uruguay mandated pictorial health warnings on tobacco products in 2006. In March 2008, all forms of tobacco promotion, sponsorship, and media advertising of tobacco products (with the exception of point of sale advertisements) were prohibited. Taxes on cigarettes were increased in July 2008. This summary highlights attitudes and behaviours of smokers after the implementation of these policies. The findings are intended to assist policymakers in implementing effective tobacco control policies in Uruguay.