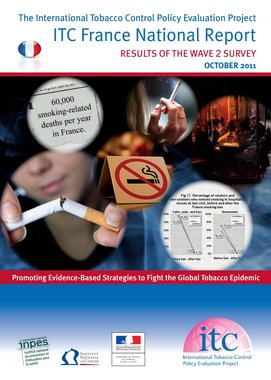 This is the second report in the ITC France National Report series. It presents more comprehensive results from the ITC France Wave 1 and Wave 2 Surveys than the previous report, including an evaluation of the two-phase smoking ban — Phase 1: February 2007 smoking ban in workplaces, shopping centres, airports, train  stations, hospitals, and schools; Phase 2: January 2008 smoking ban in bars, restaurants, hotels, casinos, and nightclubs.