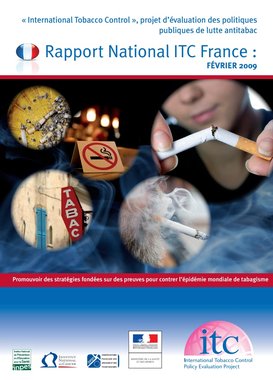 In December 2008, Minister of Health, Roselyne Bachelot-Narquin, called a news conference in January to commemorate the one-year anniversary of the French smoke-free law, which covered all restaurants, cafés, and bars. The Minister obtained the ITC findings to report at the press conference, the smoke-free laws in France was a resounding success. The Minister thanked the ITC Project team in her published speech at the press conference, (page vi of the full National Report) and recognized the importance of the ITC France Survey by co-sponsoring the national report. The report presents results from the ITC France Wave 1 Survey.