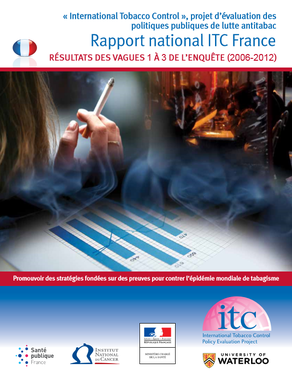 This is the third report in the ITC France National Report series. It presents comprehensive results from the ITC France Wave 1 to Wave 3 Surveys, including a long-term evaluation of the two-phase smoking ban and an assessment of the impact of pictorial health warnings that were required on the back of cigarette packages as of April 2011 and on roll-your-own tobacco packages as of April 2012.