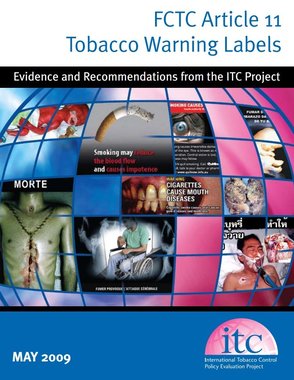 The ITC Project produced the ITC Tobacco Warning Labels Report to present its findings to the 2009 World No Tobacco Day (WNTD), which focused on pictorial warnings. The Report was presented and distributed at the event and at multiple WNTD media events throughout the world. It was translated in Chinese by the China Project team and distributed widely at a press conference given by its principal investigator, Dr. Jiang Yuan, Deputy Director of the National Office of Tobacco Control at the Chinese Center for Disease Control and Prevention.