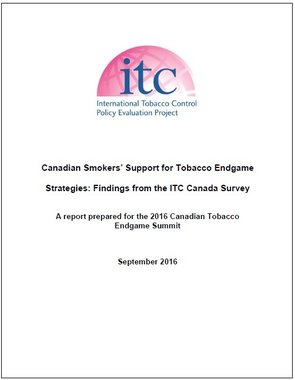 This report presents evidence on Canadian smokers’ support for various strategies to reduce the national prevalence of smoking.

KINGSTON, Ont (Tuesday, October 4, 2016): Following the Tobacco Endgame Summit held at Queen's University on September 30 to October 1, 2016, Queen's University released a press release detailing the outcomes of the Summit including bold ideas and a series of recommendations aimed at reducing the rate of commercial tobacco use in Canada to below five per cent by the year 2035.