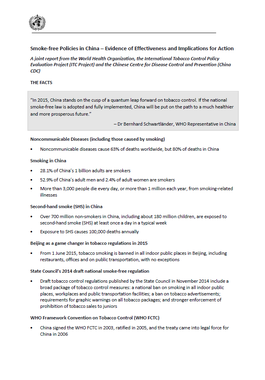 This factsheet summarizes global best practices and lessons learnt from other countries in the design and implementation of smoke-free policies. They are available for download below: