Professor Zatoński has been a leading figure in medicine, public health, cancer epidemiology and tobacco control in Poland and Eastern Europe for over 50 years. He was Public Health Advisor to the Polish Prime Minister and Minister of Finance. He is also a medical doctor, professor of medicine, and doctor honoris causa of the University of Aberdeen in Great Britain. From 1965 to 1979, Professor Zatoński worked as an internist and as a biochemist at the Medical University in Wrocław, and from 1979 to 2016, he was the Director of the Division of Epidemiology and Prevention at the Maria SklodowskaCurie Cancer Centre in Warsaw, Poland. In 2018, Professor Zatoński become Director of the European Observatory of Health Inequalities at the State University of Applied Sciences in Kalisz, and is a Visiting Professor of Wrocław Medical University. He is the founder and Scientific Editor-in-Chief of the Journal of Health Inequalities, founded in 2016

Professor Zatoński has been at the forefront of public health and tobacco control in Poland, Eastern Europe, and internationally, for decades. A passionate activist and researcher, and he has helped promote policy development through research and dissemination of translational knowledge and evidence, and best practice. In 2006, he was awarded the Luther L. Terry award for Distinguished Career by the American Cancer Society.

His primary research interest is in the health status of the Poles, and particularly the epidemiology of cancer, both in Poland and in the entire Central and Eastern Europe. He has authored and co-authored over 600 peer-review publications, and dozens of books. As a founder and the President of the Health Promotion Foundation (1991), Professor Zatoński has initiated many health campaigns addressed to Poles, the most popular one being “Let’s Quit Smoking Together”, also known as the Great Polish Smoke-out. The most important part of his professional life has been devoted to research and prevention activities related to lung cancer and other tobacco-related diseases, as well as the health education of Poles. Since the beginning of the 1990s, a broad anti-smoking public health campaign in which Zatoński was actively involved (including the Polish Parliament’s decision to introduce the 1995 Anti-Tobacco Law) have led to the reversal of smoking prevalence among the Polish population, as well as a decline in lung cancer incidence and mortality, which continues until today. 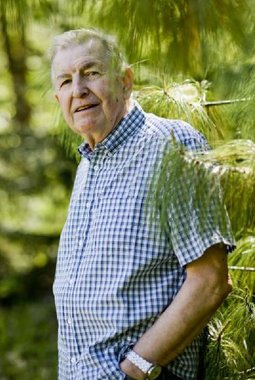