Dr. Prakash C. Gupta is Director of Healis – Sekhsaria Institute of Public Health, Navi Mumbai.  He is Visiting Scientist at the Harvard School of Public Health, Boston and Adjunct Professor of Epidemiology and Biostatistics at the Arnold School of Public Health, University of South Carolina, USA.  He was the President of the 14th World Conference on Tobacco or Health held during March 8-12, 2009 in Mumbai, India.  He was a Senior Research Scientist at the Tata Institute of Fundamental Research (joined October 1, 1966), and Honorary Consultant at the Tata Memorial Centre, Mumbai until July 31, 2004.

He is connected with numerous projects, academic bodies and NGOs working on cancer control and tobacco control globally and in India in various capacities.  He is involved with large population-based research studies in India and has published hundreds of research papers in international scientific journals.  Dr. Gupta has been connected with Editorial Boards of numerous international academic peer-reviewed journals.  He has a Doctor of Science degree in Epidemiology from Johns Hopkins University, U.S.A., and a Master of Science in Statistics from Bombay University.  He was a Takemi Fellow at the Harvard School of Public Health, U.S.A. and a Visiting Scientist at the International Agency for Research on Cancer, France.  He has received several awards including Luther Terry Award from the American Cancer Society in August 2003 and Tobacco Free World Award from the Director General, World Health Organisation, Geneva on May 31, 1999. 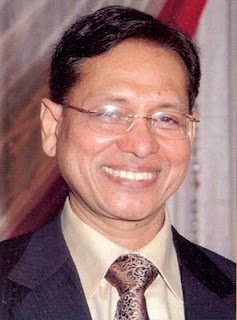