Martina Pötschke-Langer is Medical Doctor and Master of Science in German literature and German history. She was educated at the University of Heidelberg. Since 1997 she is Head of the Unit of Cancer Prevention in the German Cancer Research Center with special focus on tobacco prevention and tobacco control research in Germany. Since 1999 she is advisor to the World Health Organization. In 2002 the Unit Cancer Prevention was designated as WHO Collaborating Centre for Tobacco Control so that she is also Head of the WHO CC.

In 2000 she founded and edited the “Red Series Tobacco Prevention and Control”, a publication series of the German Cancer Research Center, in which more than 70 publications have been released about tobacco control strategies. Also numerous peer-reviewed articles were published. The legislation on nonsmokers protection in Germany was mainly based on this work.

She was a recipient of the World Health Organization’s Tobacco Free World Award for outstanding contributions to public health in 1999 and of the Order of Merit of the Federal Republic of Germany for cancer prevention and nonsmokers rights initiatives in 2007. Together with her team she received WHO World No Tobacco Day Award also in 2007 and 2011. 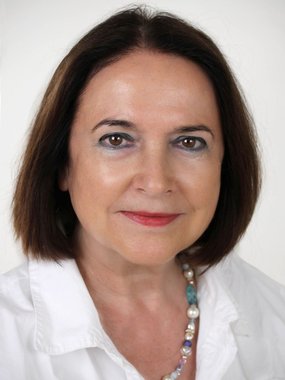